The two 6GEM partners, Institute for Communication Technologies and Embedded Systems of RWTH Aachen and
the Chair of Digital Communication Systems of Ruhr University Bochum, have attended to
Vehicular Technology Conference 2022 Fall in London. Both groups have presented their latest research results and
applications on AR and IRS respectively. The partners have emphasised the implementational focus of 6GEM in
addition to in-depth research capabilities. 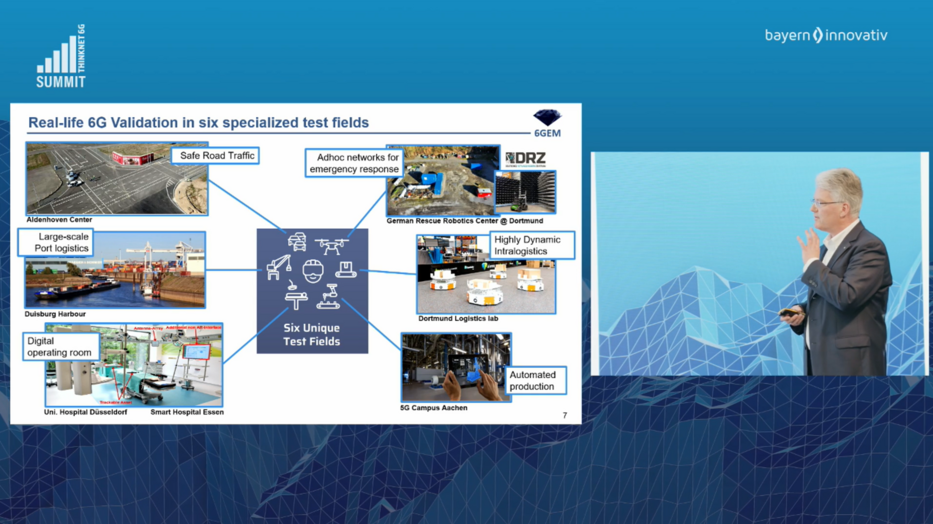 The current status of the 6GEM research hub was presented by Prof. Dr.-Ing. Christian Wietfeld
at the most recent Thinknet 6G Summit on 17.9.2022 in Munich.

The 6G Summit 2022 featured a welcome address from Prof. Dr.-Ing. Ina Schieferdecker who heads
the research on digitalization and innovation at BMBF and is responsible for the around 700 million
Euro 6G research program launched in 2021 by BMBF. The research hubs are a key element of this
research program. 6GEM was presented in a session along with the other German research hubs 6G-life,
Open6G and 6G-RIC. Furthermore, international 56G research initiatives were introduced.

Secure encrypted communication is the basis for a global connected mobile world. However, the closer
quantum computers, ultra-powerful computers, come to a realistic reach, the more tangible the risks to IT
security become. The American National Institute for Standards and Technology (NIST) has recognized
these risks posed by quantum computers for secure data encryption and started a process to standardize
quantum computer-resistant cryptographic methods in 2016 already.

Research groups from all over the world submitted concepts for new encryption methods, and 15 methods
made it to the finals of the competition. Three out of four of the now finally accepted submissions were
developed by researchers from the Cluster of Excellence CASA "Cyber Security in the Age of Large-Scale Adversaries"
at the Ruhr-Universität Bochum (RUB), which has the goal of enabling sustainable IT security against large-scale,
adversaries, in particular nation-state attackers. In doing so, they gained a worldwide recognized standardization
competition that will significantly influence the quantum computer-resistant encryption methods of the future.

6GEM presentation at the HF‐Professorium 2022 at University Ulm

Aydin Sezgin will give a talk on Wireless Security 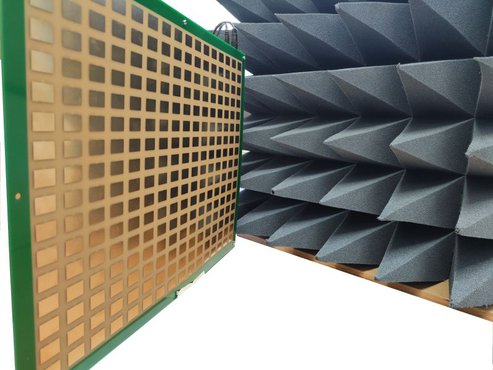 6G imposes new challenges on both the infrastructure and the user equipment.
One promising concept for 6G networks is the Intelligent Reflecting Surface (IRS), or Reconfigurable Intelligent Surface (RIS).
The IRS is a synthetically produced meta-surface that can programmatically manipulate the phase of a radio wave reflected from it.
Thus, for the first time, it is possible to optimize the radio channel for various applications by means of an IRS instead of considering it
unchangeably given. This new concept, which besides the optimization of the spectral efficiency during communication, enables many other applications, will therefore be an elementary component in 6G and thus also in 6GEM. 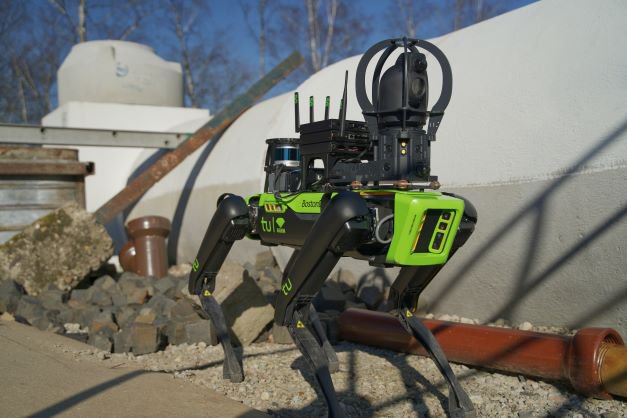 Which added value can future 6G mobile communications systems provide for highly relevant use cases in society and industry? This is one of the questions that the 6G Research Hub "6GEM", funded by the German Federal Ministry of Education and Research (BMBF), is addressing since August 2021. One of the seven test fields in which different facets of 6G innovation are being tested is the German Rescue Robotics Center (DRZ), which is also funded by the BMBF. Just recently, TU Dortmund University has conducted initial tests with its new robot system in the DRZ environment. The tests focused on maintaining communication between the ground robot and the control system in a Search & Rescue mission. Various aspects of the test setup in the DRZ outdoor environment were used for this purpose. Here, the wireless communication systems investigated in 6GEM meet complex evaluation environments for testing of tasks in rescue and disaster areas, which enable the mapping of realistic and radio challenging environments through collapse scenarios, tunnel systems or containers.

6GEM Research Hub was introduced at the NYU Wireless | Terahertz, 6G & Beyond.

“Open, Efficient and Secure 6G Wireless as a part of the 6GEM Research Hub”

A. Sezgin, participation at the “Security, privacy, trust, and resilience in 6G” workshop